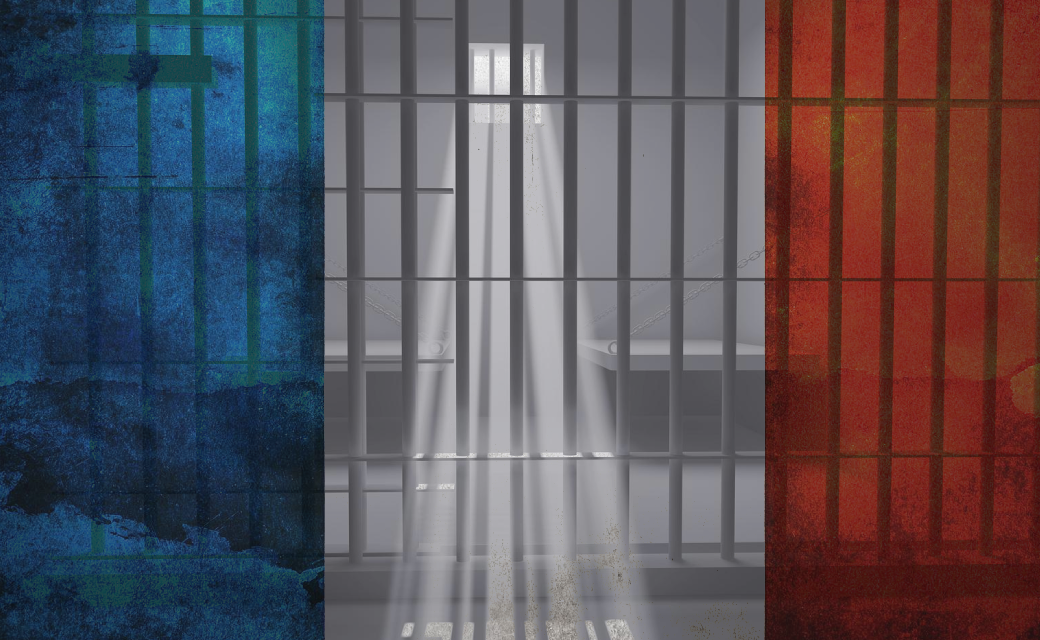 Although the European Court of Human Rights condemned the conditions in French prisons nearly three years ago, and issued an order to reduce overcrowding there in January 2020, official statistics issued by the French Ministry of Justice, which were published on Sunday, indicate that French prisons are overcrowded beyond their capacity. by 120%; On November 1, French prisons registered 72,809 detainees, exceeding the estimated capacity of 60,698 people. Because of this overcrowding, 2,225 prisoners were forced to sleep on mattresses on the floor.

French human rights organizations did not succeed in their efforts to put an end to this serious violation of the basic rights of prisoners, and they collided with the French Council of State’s rejection of their request on November 11, while the government contented itself with making promises to build 15,000 additional new places in prisons by 2027!

The recent reports call for regret and concern about the prison conditions and the rights of prisoners in France, and they also give rise to frustration with the concerned authorities’ handling of this situation so far in a country like France, which is supposed to be a model of freedom, humanity and human rights.

The publication of the latest figures on prisons in France confirms once again the importance of freedom of information transmission in shedding light on the suffering of this marginalized segment and providing an opportunity for human rights organizations to play their role to put pressure on the concerned authorities to assume their legal and moral responsibility, not to mention that it raises the alarm about the conditions of detainees In countries where the authorities conceal facts and suppress independent media.

In this context, we warn of the deteriorating conditions of arrest and detention in a number of countries in the Middle East and North Africa in light of the recent political, social and economic crises. Shamaa has turned to launching campaigns of arbitrary arrest and arbitrary detention and imposing more forms of harassment, pressure, deprivation and torture on the detainees, which threaten their lives and safety.

As we express our disappointment at the deterioration of French prison conditions, we call on the authorities in that country to assume their legal and moral responsibility in improving the conditions of prisoners and finding humanitarian alternatives and counseling programs that contribute to the release of detainees or the reduction of their sentences, and we also express our support for the efforts of human rights organizations In pursuing the case until achieving its goals of improving the conditions of prisoners and prisons, we call on it not to limit its scope of interest and activity to that country only, but to expand it to include detainees and detainees in the prisons of countries that are included in the black list of human rights violations.