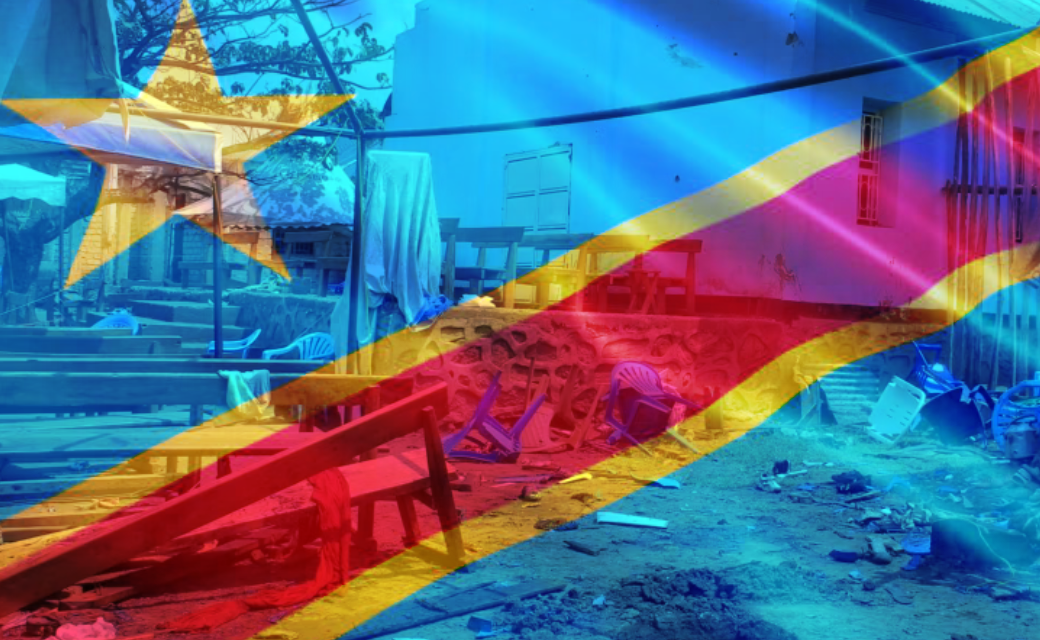 Freemuslim expresses its strong condemnation of the terrorist act that affected innocent people in a church in the Democratic Republic of the Congo, calling on the responsible authorities to activate their efforts to confront terrorism and protect civilians.

unfortunately 12 people have been killed and at least 50 wounded when a bomb detonated during church service Sunday in eastern Democratic Republic of Congo (DRC), according to the government and the UN.

The attack was “visibly perpetrated” by members of the rebel group Allied Democratic Forces (ADF), which has ties with ISIS, “against citizens in full worship in the parish of the 8th Community of Pentecostal Churches of Congo” in the city of Kasindi in North Kivu, DRC’s Communications Ministry said Sunday, adding, “the government strongly condemns the bomb attack.” The ADF is one of the most notorious active rebel groups in eastern Congo.

Freemuslim condemns any act of violence by any group, regardless of the who, why, when, where. Unfortunately some of terrorist groups use religion as an umbrella and justify their ill behaviors. Kidnapping, abuse, degrading of women, men, children; bombing, killing, harming innocent people, terrorizing people because of differences is NOT a religious etiquette.
Lack of knowledge about purity of Islam and any other religion leads to extremist groups getting away with their ill-minded actions and use religion to blindside those who do not know about the religion to distinguish the Right from the Wrong. We encourage increase understanding about the peaceful and pure nature of Islam, facilitation of platforms for people to voice their opinions and promote constructive change in the society, and also higher and more fierce sentence for all acts that terrorizes people.
Governments play a key role in facilitating a bridge of dialogue and people look at the actions of the government as a roadmap of what is okay and permitted. Corruption, transparency, implementation of the laws and order trickles down from top. How the government structures itself, it’s citizens do the same. Another wards, eradicating violence, poverty, corruption, injustice needs to be stopped in all levels of the society.

We denounce the actions of terrorist groups that use name of religion as their shield and promote for peaceful coexistence for everyone in the society.