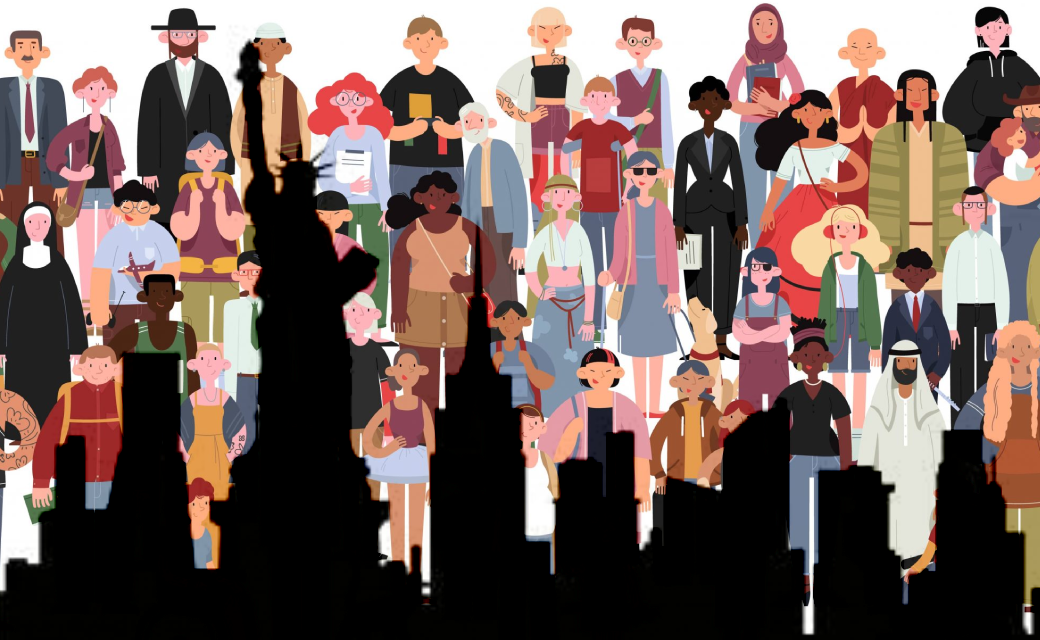 New York is one of the most diverse states in the United States of America and this diversity throughout years has lead to increased tolerance or acceptance of people of other faith and ethnicity. According to NYC & Company; more than 33 million tourists visited NY during 2021 and 22 million in 2020.

The ethnicity breakdown of the city is also amazing to witness. New York’s population is %32 White, %29 Hispanic, %22 Black, and %14 Asian according to 2012-2016 American Community Survey (ACS). A state with a well distributed population based on Race. Meaning One Race does not overshadow the other race by a huge percentage. Increased diversity usually leads peaceful coexistence or at least raised the tolerance for other ethnicity and races.

Freemuslim’s Inclusion Forum sees a concerning data which was a result of public toll concocted by the Muslim Community Network  of more than 100 random individuals indicating %26.7 Black Muslims and %31.9 of Asian Muslims ( Asia as in the continent ) have either experienced a hate crime in 2022, or have witnessed racism. This data is alarming, especially from a city that holds the title of the most diverse state in the United States of America.

Freemuslim’s  Inclusion Forum has initiated a thorough analysis of the data, and will conduct a public poll of 500 people in near future to have a closer look into this statistic. Knowing NY’s population and how the city is divided into multiple economic and social classes, poll of 100 people can be conducted in minutes and our effort is to have a better understanding of the entire State of NY using different places to conduct the poll which will be driven from rich and poor, racist and non-biased areas to have better clarity on the subject.

Freemuslim, alongside other human rights organizations, will focus its efforts on reintroducing and promoting Resolution 1257. This Resolution will be calling upon the New York City Department of Education to provide all grade levels with a curriculum that focuses on religious diversity and to offer professional development focused on religious diversity to educators.

Freemuslim has previously promoted and achieved tangible results towards a NYC law that effected privacy and integrity of minorities in New York City including the Jewish people, Orthodox Christians, Muslims, and  Sicks. Advocacy for minority rights and religious integrity is not limited to followers of one religion or ethnicity and Freemuslim’s director Mr. Akhwand indicates our efforts to promote Resolution 1257 will not be limited to Muslims and Anti-Muslim racism and it will be inclusive towards all minorities and ethnicity.