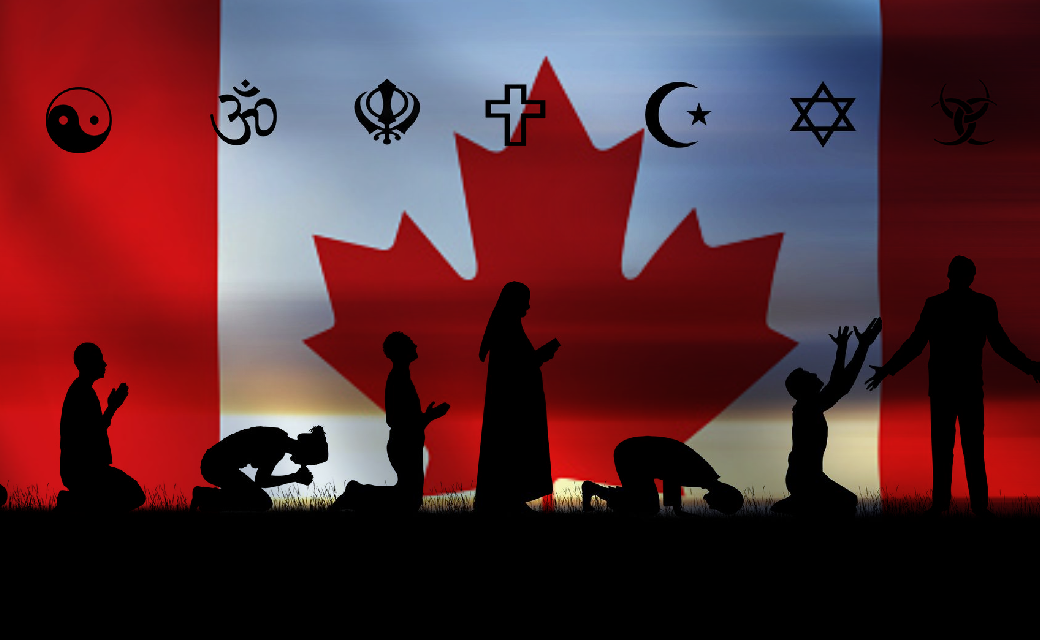 Muslim women, Sikhs, Jewish men and women alongside with Orthodox Christians, Catholics, Amish,  alike face human rights violations by Quebec’s Bill 21. The law passed  three years ago on June 16th, 2019 and it prohibits public sector employees from wearing religious symbols such as a hijab at work. For some folks, religious symbol includes wearing a cross, or other forms of religious symbols as their jewelry, or even tattoos on arm, leg or other body parts. For others, their religious attire defines them, their religious apparel is as important as regular clothing is to other people. For Sikhs practicing Sikhs do not cut their hair. Sikh men wrap their long hair with a turban called a Pagri, a practice that typically takes 10- 15 minutes. Sikh boys wrap their hair in a smaller under-turban called a Patka, with their hair knotted on top of their head. Orthodox Jewish, Sikhs, Amish and Muslim women share headscarf for their integrity reasons, and Jewish men wear Kippah which is  as important to a Jewish man as regular clothing is to a non-Jewish man. In Judaism, the practice is part of a modesty-related dress and behavior standard known as tznuit. It encompasses both men and women. For instance, in some occasions; a Jewish woman may wear a Sheitel; which is a wig that comes with a particular Kosher certificate. Under Quebec’s Bill 21; are women who wear a wig are asked to remove it if it is for religious reasons? How far are Quebec authorities willing to go to insert their non-inclusive policies!

Also limited by this law are the Amish followers; Biblical scriptures (in particular Corinthians) explain the tradition among Amish women of covering their heads with a simple white or black organdy head bonnet. Amish women pin their long hair up underneath these prayer head coverings, removing them in the evening. The style, shape, and color of the cap varies by community. Amish men always wear a distinctive type of straw hat when they are out of the house; a distinguishing feature common to the various sects of Amish people.

Quebec’s Bill 21  violates human rights in many levels and it is alarming that a country as diverse and democratic as Canada to pass a bill that disregards basic human rights. Many refugees and asylum seekers have migrated to Canada with the hope of finding a better place to conduct their daily lives without reducing their standards and compromise their integrity. Quebec’s Bill 21 undermines the importance of religious attire and the safety net it provides for religious devotees. Especially those who have faced domestic violence, have been victims of extremist groups, or feel their faith is what motives them forward and keeps their sanity from the turmoil they have faced in their home countries. kids who grow up in Canada will have a different understanding of phrase “Religious Freedom,”  knowing their families were promised Freedom of Integrity but have to face Canadian laws which limits social  freedom. Freemuslim asks Canada’s government, especially the Quebec lawmakers to set a high standards for morals so other  countries learn what a true democracy should look like.