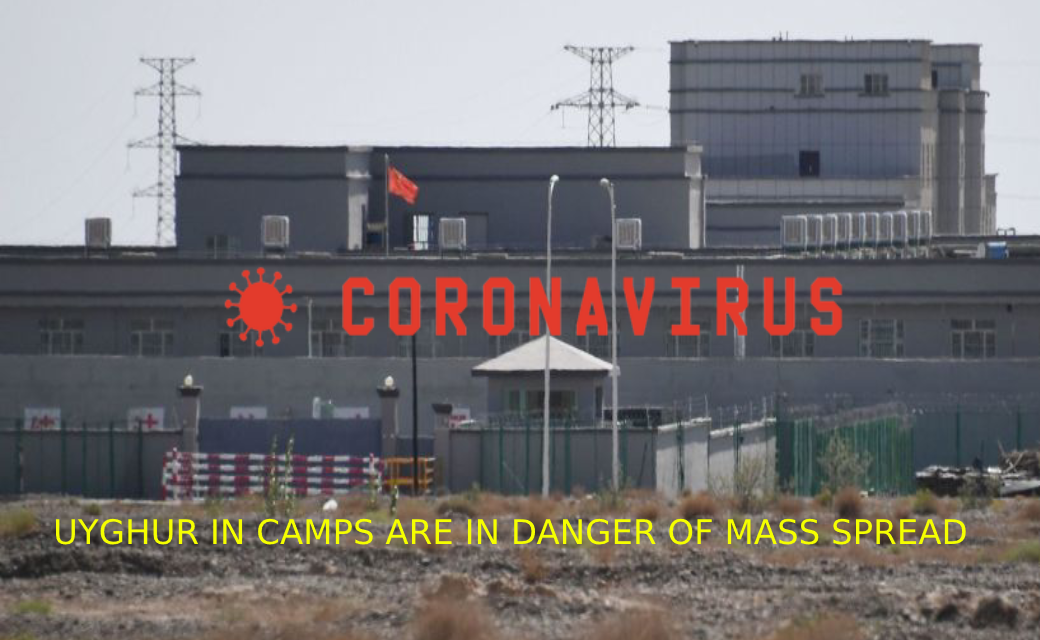 The most recent reports claim there have been at least fifty-five reported cases of COVID-19 in Xinjiang province but there have been no reports of COVID-19 inside the Uyghur internment camps. These camps make the perfect atmosphere for the rapid spread of the virus which has created a cause for concern that a widespread outbreak will occur in the camps and spread throughout Xinjiang Province. The government has reported that they released all Uyghurs in December 2019 after the initial outbreak of the virus but has failed to provide any evidence supporting their claim. These reports have come after concerns that the Uyghur population was being starved across their region during the restrictions imposed by the COVID-19 outbreak.

Some news outlets have reported that the Uyghurs were moved into factories across the country to work for companies such as Apple, Nike, BMW, Samsung, and Sony and suggest it is forced labor. It is reported that while they were moved to these factories, they are still undergoing forced Mandarin and ideological training lessons outside of working hours, they are constantly watched and are prohibited from participating in religious observances, and they have limited freedom and movement.

Freemuslim Association condemns the inhumane treatment of the Uyghur population in China. We strongly believe all human beings should be treated with respect and dignity and should not be subject to cruelty and discrimination simply for their religious beliefs. We are urging China to release everyone from all internment camps and forced labor factories and to return them to their families.