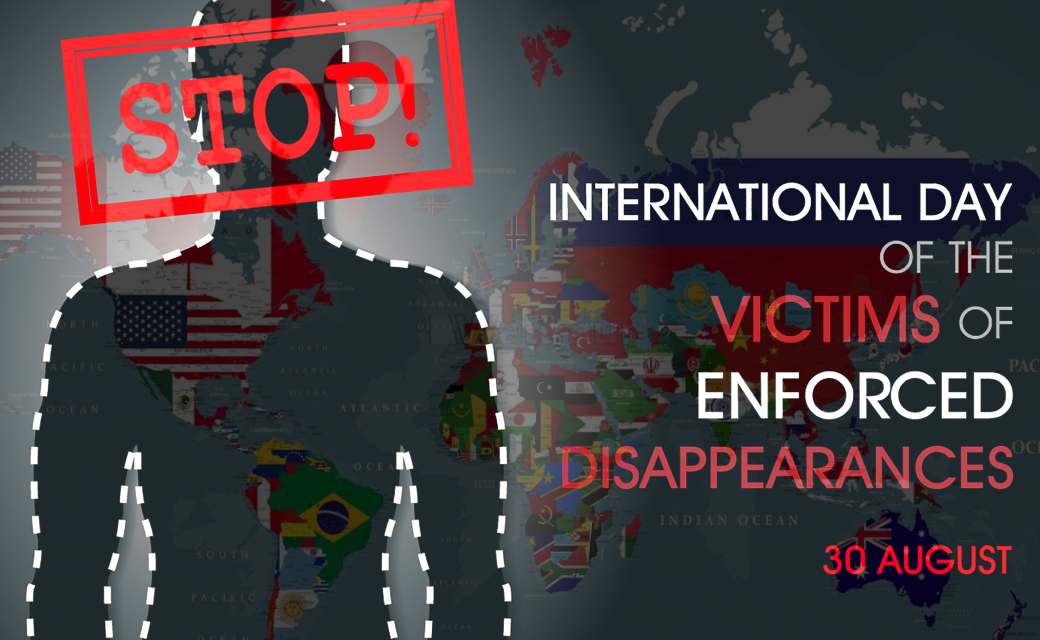 Enforced disappearance refers to the arrest, detention or abduction of persons by agents of the State, or those acting with State authorization or support, whose whereabouts are unknown. Once largely the product of military dictatorships, it has become a global problem, according to the UN, with hundreds of thousands of people “disappeared” in more than 80 countries. Impunity remains widespread. Having been removed from the protection of the law, victims, who can include children, are deprived of all their rights and are at the mercy of their captors. They are frequently tortured and know that it is unlikely anyone will come to their aid. Some are even killed.

China has become the country with largest number of people under the category of enforced disappearances after the state wide effort to detain Uyghur minority into modern-concentration camps.  More than 1 million people have forcefully abducted in the last five years in China alone. There are many other countries that are on the list of international human rights defenders organizations including Bahrain, Saudi Arabia, Islamic Republic of Iran, Pakistan, Afghanistan, Syria, Sri Lanka, Argentina, Zimbabwe, with most number of disappearances.

Every disappearance violates a range of human rights including:

We ask and urge human rights organizations to monitor and report all disappearance cases using caution as it becomes a tool to detain more innocent families. Especially those who are related to already-disappeared people. Identity of individuals who speak out needs to be kept confidential at all times. Freemuslim condemns enforced disappearances and asks countries to allow their citizens to speak up and voice their concerns peacefully and allow for constructive criticism from citizens who truly care for the future of their country or are concerned about a political, social, or economical challenges their country if facing. Countries problems will not be solved by forcefully abducting an individual.