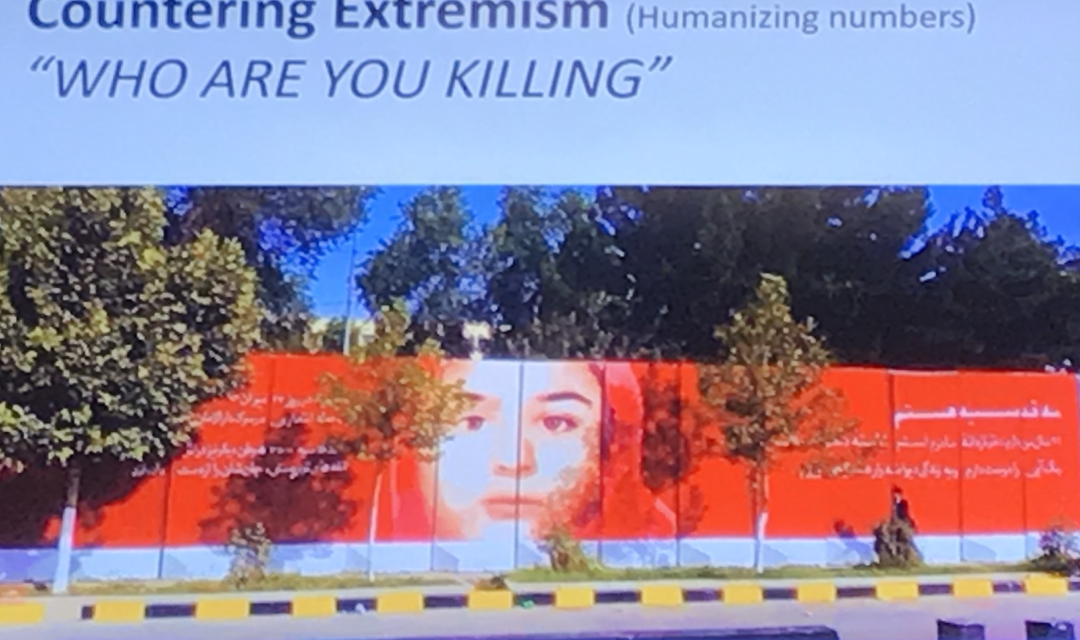 A Kabul based activist group, ArtLords founded by Omaid Sharifi and Kabir Mokamel, created this group in response to the ongoing conflict in Afghanistan. In this event, panelists discussed how they got started as ‘artivists; artists who are activists’ and what they do. Being surrounded by instability and violence their entire lives and art helped them to express their hope for peace in Afghanistan. They are known to paint inspirational murals throughout 21 provinces in Afghanistan that engage many people in their work and efforts to bring peace in Afghanistan.

At Freemuslim we believe sustainable peace and nonviolent approaches should be a priority when forming resolutions to conflicts. Art is just one example of how civilians are able to show their resistance to harmful and violent tactics of their government and to promote peace in their country. Freemuslim also understands that poverty is one cause of violent behavior and support initiatives that help eliminate poverty and initiatives that engage people living in poverty in nonviolent approaches to conflicts.