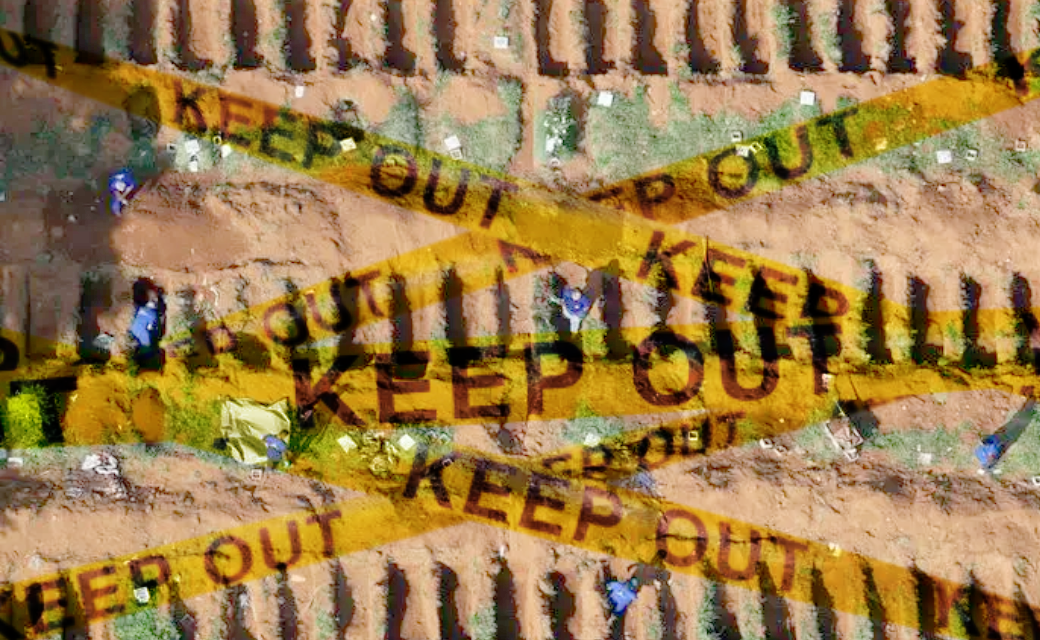 Throughout years and in different corners of the world extremist groups have committed mass killings and have buried the bodies in varies locations. These killings have been results of disputes based on differences in ethnicity, religion, belief, faith, or race. All of which could be eliminated if either of groups showed willingness of dialogue to reduce tension and most often dialogue leads to a more clear understanding of core of the problem and eventually solving the dispute. A simple dispute, misunderstanding or  wrong perception can initiate years of hate without even realizing where and when it began. Freemuslim suggests peaceful dialogue in all disputes, regardless of who starts it, or who benefits from it.

Although finding mass graves is a very heavy-on-heart process and emotionally devastating for families of those who were killed, it also has few benefits. Extremist groups committed mass killings with the intention of erasing or eradicating people they could not tolerate. No disagreement can be enough cause to violently kill or destroy a group of people. Finding those mass graves will one; help us understand what happened to those innocent people, and secondly; it warns the wrongdoers they cannot just kill many people and get away with it.

Freemuslim is in talks with companies which offer Satellite imagery, 3D scanners to find ways to use the modern technology to find these mass graves. We also ask anyone with useful information about approximate location of any mass grave to come forward and help us restore emotional peace for families of victims of extremism.