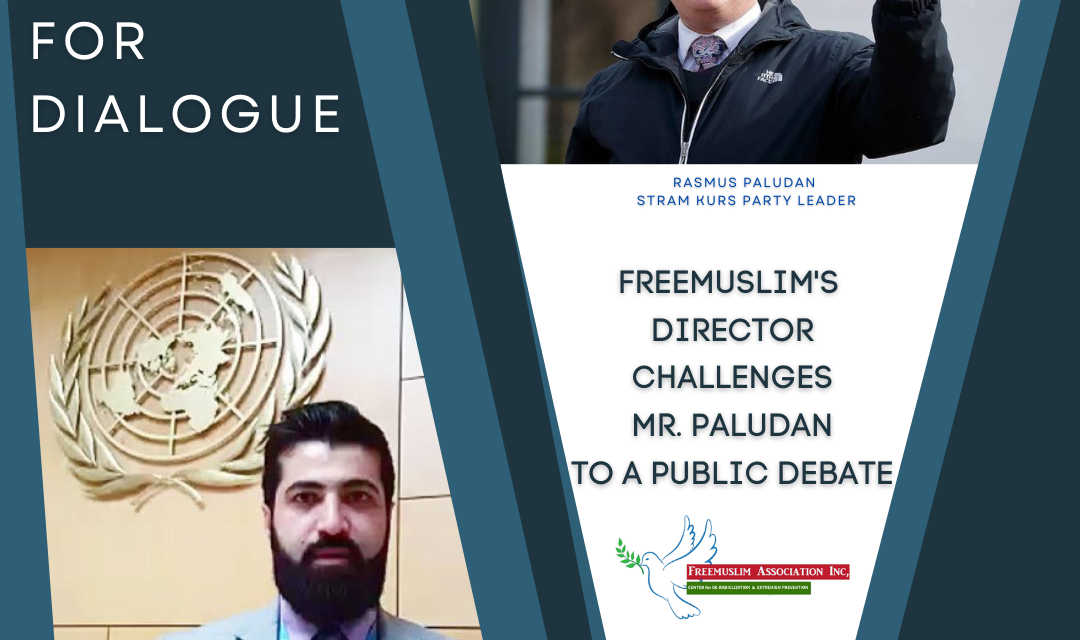 Recently some radical politicians attempted to burn copies of Quran, and some have carried out this attack on religion as “Freedom to Criticize Religious belefs.” Freedom is defined as boundaries where one person can say something or do something as long as it does not interfere with boundary ( freedom ) of another person/idea/religion/mentality or belief. When an individual’s boundary of freedom crosses over to someone else’s boundaries, then that individual has violated another person’s boundary/freedom. Freedom to speak is a person’s basic human right, but when one person starts to speak ill about another person’s belief; that person has disrespected other person’s belief, especially when it’s baseless accusation.

Same concept is true about criticism of a person’s religion. If a person disrespects a Holy book of a religion by attempting to burn it; that person has not applied their freedom, instead they have incited violence by disrespecting Holy book of a religion. Freedom to criticize another belief, should be carried out by researching that belief, and bringing evidence that can somehow prove a statement wrong, and if that is done correctly and respectfully, then a true practice of Freedom to Criticize a religion has taken place.  Radical politicians like Rasmus Paludan, leader of the Danish far-right Stram Kurs (Hard Line) party, has attempted to burn copies of Quran,  the Holy book of one fifth of world’s population on baseless grounds, calling it “Freedom to Criticize a Religion.” Mr. Paludan has done this radical action to gain followers and as a political strategy to become famous. His baseless criticism stands no true ground and unfortunately Mr. Paludan is not even well-versed on Quran’s teachings nor is he an expert of religion to voice an opinion let alone have an expert’s opinion.

In an interview, Mr. Mujtaba Akhwand, director of Freemuslim calls Mr. Paludan a weak politician and challenges him to an open and public debate on issues concerning Quran. This comes after number of Muslims from Sweden, Denmark,the United States and the United Kingdom have contacted Freemuslim’s office to seek solutions to deal with Radical actions by such weak individuals who have no debate power, no intellectual capacity and use elimination (burning) as “Criticism.”

Mr. Akhwand added; if and when people like Mr. Paludan sit in an open and public challenge to truly show how much they do or do not know about religion of Islam, then and only then their criticism can be accepted. Even then burning of a Holy book is a disrespectful action, only one that weak individuals who have no true grounds for their actions take. Mr. Akhwand declared he is willing to travel to any country of choosing by Mr. Paludan to hold this open and public debate. Disrespect towards Quran is a direct disrespect towards Virgin Mary, mother of Christ, as well, since Quran has an entire chapter named Mary. Mr. Akhwand’s direct email is M.Akhwand@freemuslim.org, so there would not be any if/then/how/why from Mr. Paludan. This invitation to open and public debate is for any radical like Mr. Paludan who think they have a chance to prove a point. This call for open debate publicly is so people can differentiate between true educated criticism vs. weak person’s radical actions.