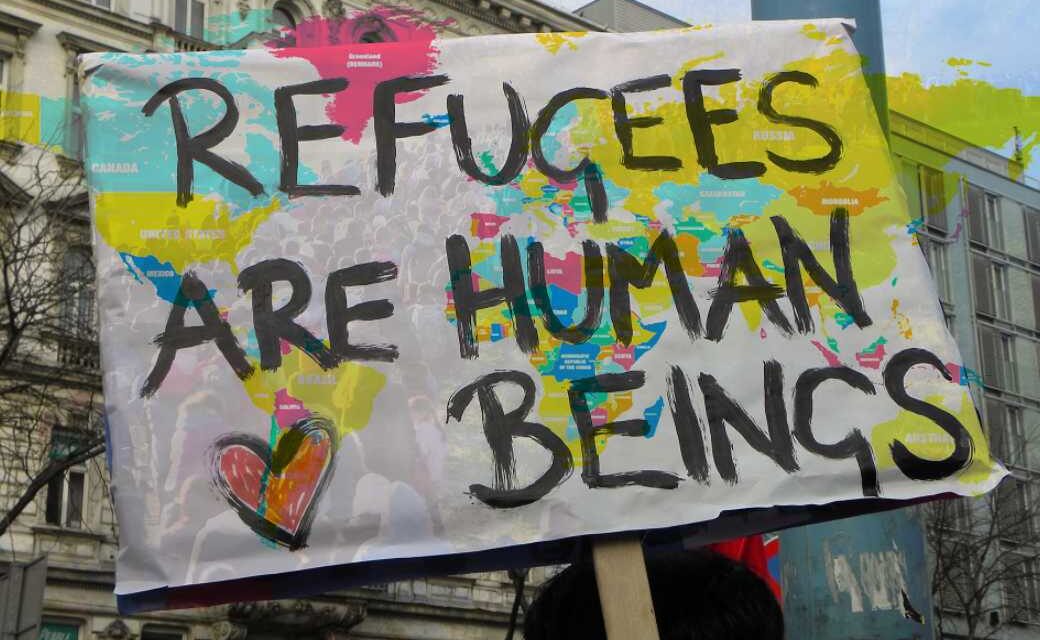 Refugee Versus Refugee, what is the difference?

Recent war in Ukraine has shocked the world-order and norms in a sense that all treaties between countries has become priceless. A country decides to attack another and it takes weeks for the world to achieve tangible results. More importantly; some refugees have started to question what is the difference between their ethnicity and race and the race and ethnicity of Ukrainians?, which remains a complex concern to address.

Allow us to elaborate; When ISIS started to target minorities in Syria and Iraq; they targeted minorities with a bias against Shia-Muslims, then other faith devotees like Christians, Jews, Sunni-Muslims and minority religions were targeted. Women and girls as young as 7-8 years old, including young boys in many occasions, were raped in front of their family members and the head of the household was burnt or shot in a execution-style murder after witnessing his family members being assaulted. Graphic heart breaking details?, Of course these details are graphic, because the actual event has been horrific to begin with let alone mentioning what happened. There is no way to showcase the brutality of blood thirsty  and power hungry groups like ISIS or ISIL.

ISIS and ISIL claimed to start an Islamic Caliphate and gained financial support by extremist ideology groups like Salafis and Wahabis, and also had thousands of ill-minded individuals join the group to advance their inhumane actions, but that does not justify their wrong intentions. The verse 256 of the second chapter of the  Holy Quran reads as follows: “No compulsion in the religion,” yet the world noticed a self-claimed Islamic Caliphate butchered women, girls, young boys and men regardless of their faith or age. How can a caliphate claim to represent a religion if it does not follow the holy book of that same religion?, All a surprise to us as well.

Refugees who fled ISIS and ISIL, left their homes and ran for their lives yet some countries host countries were puzzled: if the victims are Muslims and the killers are Muslims, then who is who?, Host countries had all the right to ask such questions. How is it that a mainstream Muslim be peaceful in one country, and be extremely blood thirsty if  joined the self-claimed Caliphate? Many Wahabi and Salafi Muslims follow laws of Western countries, but if/when they return to their home countries; become tyrants and oppressors.

Majority (%99) of Muslims are peaceful people, they dislike hate, violence, bloodshed, or any violence-related act. There are bad apples in every apple orchard, and those bad apples would easily lean towards ruining the whole orchard if they get a chance. Unfortunately many religious leaders of extremist groups brainwashed individuals to join ISIS and ISIL, giving these hopeless individuals false hope of heaven and an exclusive meeting with Prophet of Islam (peace be upon him and his progeny). Many Wahabi and Salafi devotees tried to recruit people who had lost hope in becoming a good human being and invited them to join a group that saw its benefits over everybody else’s benefit. When countries in the Middle East and/or  some Muslims in the west either stood silent towards the sick actions of self-claimed Islamists groups like ISIS & ISIL , what do we expect the world to feel or react? Muslim nations, neglected their own citizens or citizens of neighboring countries, and we expect the world to show a green light with open arms for their refugees?

Ukraine has portrayed this war is a war between the oppressor and the oppressed people. Ukraine has portrayed it is okay and admirable to stand up in front of a tyrant and defend yourself. Ukrainians around the world stood up for their homeland and took a side, their country’s side. When a leader of a country stands up for its belief; the country unites, and regardless of who supports your cause; the cause will never fail or get demolished. Mahatma Gandhi, Eleanor Roosevelt, Nelson Mandela, Dr. Martin Luther King, Jr., Seyed Mohammad Hassan Al Shirazi, Desmond Tutu to name a few examples of people who stood up for human rights, and humanity remembers them for their courage.

Freemuslim Inclusion Forum urges for all countries to treat all refugees equal and assist in resettlement of people who have fled their home countries as much as possible. We also urge Muslim leaders to become more involved in showcasing what is true aspect of Islam as the peaceful religion it is & show the world: ISIS mentality has no relevance to purity of Islam. A self-claimed, blood thirsty, power hungry, violent group cannot and will not represent Islam. World leaders should take necessary steps to reunite humanity and assist refugees regardless of their faith, ethnicity, religion, age, or gender.