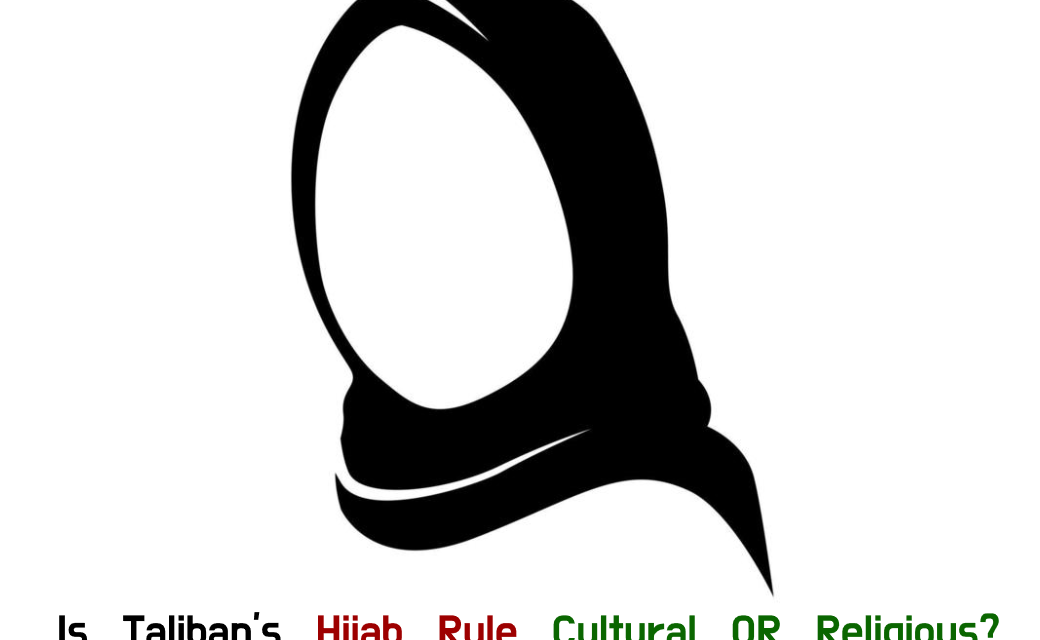 The Taliban have ordered women to cover their faces and wear an attire that covers their body head to toe. Unfortunately these cultural rulings have been forced upon the Afghan women as an Islamic Ruling. Quran has clear guidelines for what a Hijab is and outlines what needs to be covered. Taliban have always used religion as their tool to force their own cultural teachings upon Afghans, and lack of education has lead to people accepting these rulings without knowing what the true teaching of Islam is. Hijab in the first place is a means of reducing sexual  forced violations( rape )  by male or females alike. Religion of Islam also states that there is force in obeying the law and it is a volunteer sets of laws, which again, unfortunately the Taliban have taken it in their own hands to force it upon people. Islamicly; roundness of face and hands from first to fingertips can be shown, and a modest form of clothing where shapes of body do no provoke another human being are allowed, if a woman should want to follow the teachings of Islam voluntarily.  The Taliban do not represent the religion of Islam, nor their rulings should represent religion of Islam.