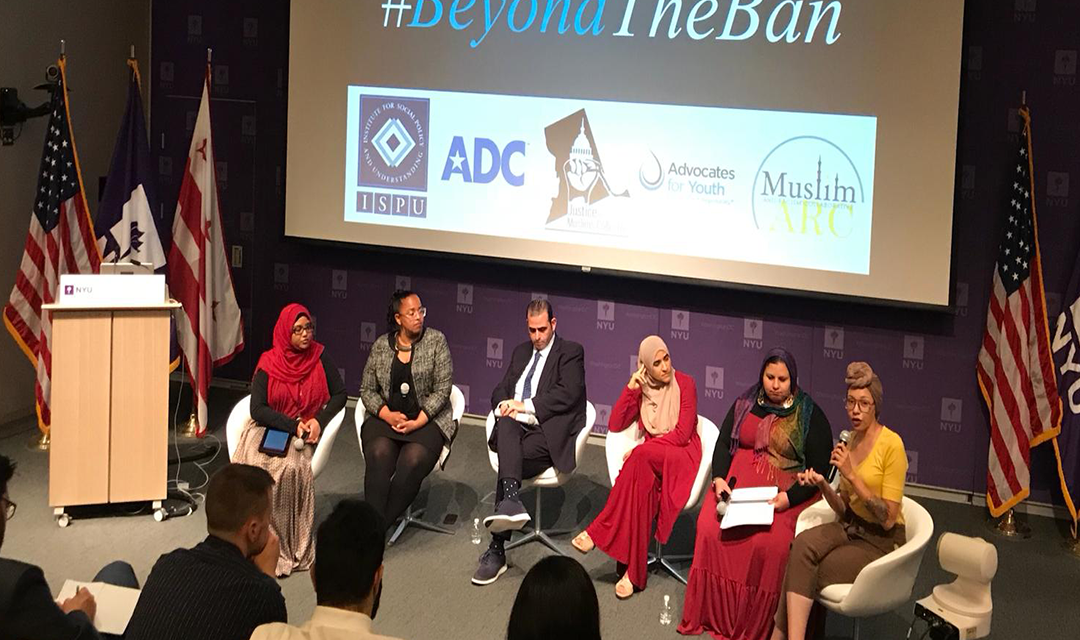 Rachel Boyer, researcher at Freemuslim, Center for De-Radicalization and Extremism Prevention, attended the event “Beyond the ban: Resisting Structural Islamophobia” on June 26, 2019, at NYU, Washington D.C. Panelists Dalia Mogahed, Maha Hilal, Abed Ayoub, Vanessa Taylor, and Iman Hassan came together to share their expertise on what Islamophobia means both structurally and socially. This panel was hosted on the one-year-anniversary of the Muslim ban approved by SCOTUS, who must agree on the legal authority the president has to issue such a ban. Since this ban, less than 6% of waiver grants have been approved and refugee aid has dramatically declined.

Abed Ayoub, an attorney, pointed out that the country cannot rely too heavily on the courts and put their faith in legislation, but grassroots initiatives need to take place locally and domestically in the form of protests and education. The increase in structural and societal Islamophobia is linked together, but oddly enough by endorsing Islamophobia does not favor the candidate that supports it. In fact, by accepting Islamophobia it can contribute to an increase in military violence carried out towards civilians, thereby proving the importance of standing up for and with minorities to ensure these numbers decrease.

Dalia Mogahed presented her own research on what is considered a strong predictor of tolerance towards Islam, which includes being a democrat, a favorable view of black Americans, Muslims, Jews, the LGBTQ community, and having knowledge about Islam. Meanwhile the factors that cannot predict if one is Islamophobic are nativity, sex, age, education, and religiosity.

One of the panelists honed in on the differential justice that is shown within the war on terror for Muslims, more specifically in a country that is founded on religious freedom, as long as it does not pertain to Islamic religious freedom. A blissful ignorance about what it means to be Muslim must be tackled as well, to resist against stereotypes that frame Muslim women as oppressed and Muslim men to be repressed; misinformation can be a powerful tool. An active pursuit against racism must be taken, as being passive in this matter equates to accepting the status quo, which is unacceptable.

According to the panelists, Islamophobia encompasses a variety of factors. It is used to justify war, defend the stance that Muslims belong outside of moral boundaries, that their community is “uniquely” oppressive, violent, and misogynistic as opposed to others. It protects the notion that there must be something wrong with them since they are targeted so much, and are therefore collectively to blame for violent acts carried out in the name of Islam. By allowing these prejudices, it gives the government consent to follow through with implementing discriminatory policies. To combat Islamophobia, Vanessa suggests reading, Maha recommends a conscious decision to oppose oppression, Dalia advises educating yourself and then spreading the word, Abed directs the country to not lose sight of the enormity of the issue, and Iman encourages listeners to believe the stories of those who feel oppressed.

Freemuslim, Center for De-Radicalization & Extremism Prevention believes Extremism stems from radical views linked to individuals who misunderstood the peaceful message of Islam, and have taken some Quranic verses out of context. The teachings of those individuals should not be promoted in religious settings, nor should their skewed understandings of this peaceful religion become resources for people to rely on. 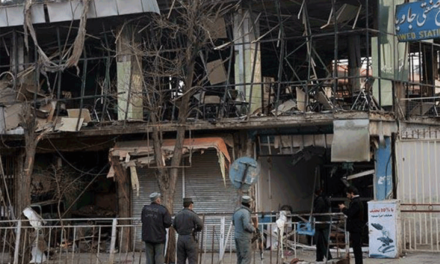 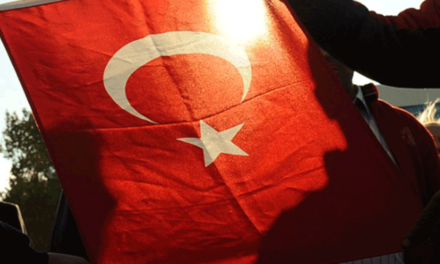