During a press release about aims and goals of the organization for the year 2017, director of Freemuslim Association Inc emphasized the following:

The so-called Islamic State, also known as ISIS is a territorial name affiliated with world’s largest terrorist group. The self-recognition title was adopted by media outlets, social media, think tanks and governmental entities based on two pillars by such extremist group; one: it being Islamic, and two; it rooting in Syria and Iraq. Both claims tend to be false.

The Extremist group has sought the name of Islam to gain widespread recognition by civilians and countries, but in essence and based on the pattern of activity; it does not fall under the category of Islamic, starting from their barbaric, and violent behavior towards men, women, and children to destroying places of worship, stealing oil and money.

Is It Religious? Monotheistic religions descended through prophecy focus on the betterment of individual’s overall manners, lifestyle, and behavior. Instead, the Un-Islamic State has only demolished the inter-personal relations between people and chooses a “My way or the Death Way” approach with everyone in its path.

Sunni-Shia Dispute? Some say the Un-Islamic State is gaining power due to an inter-religion dispute between Sunni and Shia, two dominant sects of Islam, but if you ask average Muslims about their disputes with the opposite sect, they look at you shockingly and reply: Muslims have coexisted with each other for 14 centuries and will continue to live side by side after the Un-Islamic State vanishes off the Earth. There are differences in belief amongst sects of Islam, as there are differences in ideology between sects of Christianity, Judaism, and all polytheistic faiths. Besides, the Islamic law does not believe ending a human being’s life is a man’s choice, regardless of how intense the disputes may be; God ( Allah ) holds the ultimate power to end life, not a human being.

Geographic Boundary? The Media outlets and Social Media adopted a term that does not have geographic boundary other than a vanished claim by the terrorist group. ISIL (The Islamic State of Iraq and the Levant ) or ISIS (The Islamic State of Iraq and Syria) was initially called Jama’at al-Tawhidwal-Jihad Organization of Monotheism and Jihad in the year 1999 and had no geographic locality.

Is ISIS limited to the Middle East? Terrorist Group’s activity is not limited to Iraq nor Syria. In fact, no ideology or belief system can be limited to a region nor geographical boundary; and it is the ideology of extremists needs to be addressed and that starts with their self-proclaimed name and affiliation to Islam.

What Now? It’s simple, stop calling it what it is NOT! The so-called Islamic State looks, acts, promotes, and lives a Un-Islamic State’s characteristics, and by calling it “The Islamic State,” we only marginalize %99.5 of Muslim in the world, and give credibility to the extremist group’s false claim to be Islamic. Islam like any other religion is a set of laws, and regulations; and one ruling cannot be adopted unless %99.9 of other rulings are adopted as well, then we can judge if Islam is a violent religion or it is as peaceful as %99.5 of Muslims and non-Muslims believes it is. 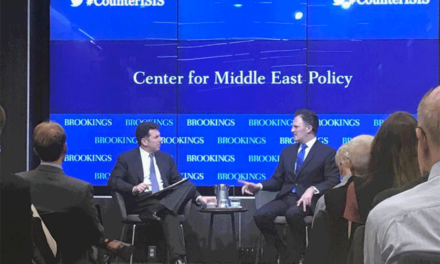 After the caliphate: A global approach to defeating ISIS 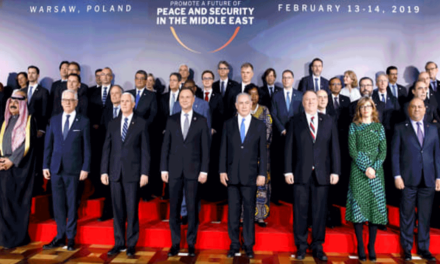 Freemuslim; The Unrest in Libya and rise in casualties